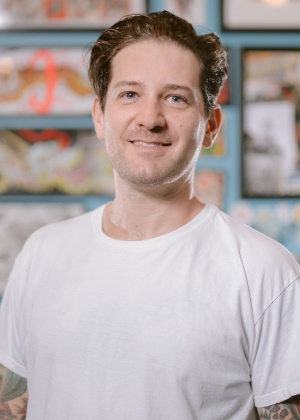 Born and raised in Atlanta, Charles began tattooing in 2007. He is the first tattooer in his long family history of painters. After living on the west coast as an illustrator, and  then Brooklyn where he started tattooing.

He moved back home and started at Only You Tattoo, shortly after its opening. Charles specializes in traditional American design. He believes in aliens.

Charles works by appointment only, and currently is living in California